Subscribe here for inspiration and a free e-book on how to activate your power now!

Nobody escaped the pandemic, nobody. This was probably the worst, most catastrophic worldwide event in recent history. Spiritualists, naturalists, shamans, prophets, theorists, many people think this was predicted. “The Great Shift” as it’s called, created an extraordinary opportunity for transformation for all living things—Earth and its inhabitants, humanity and individuals—as part of a cycle of evolution that brings transformation and change to the planet…albeit via a global pandemic.

This Great Shift concept isn’t far-fetched. Just look around. Humanity was in dire need of help, and still is. I do believe in things shifting our consciousness, but have to say, have not enjoyed this pace or bumpy, wild ride.

Early on, just as COVID hit in the U.S., I thought I had things locked down. Not just with hazmat supplies, including good masks from China and plenty of toilet paper, but psychologically. I’ve been working on my sense of self for a couple of decades. I thought I was solid in my soul evolution and was ahead of the game.

In fact, I was so humbly secure in my inner wisdom, I thought I wouldn’t be vulnerable to the psychological impact of the pandemic.

Sure, I was worried about getting sick, the virus was/is scary as hell, and anybody who didn’t worry, I kind-of questioned what planet they lived on.

But, I had tools: yoga, meditation, deep breathing, writing, and of course, intuition. These were my daily go-to’s, and not just for trauma and drama. I survived a lot of that through my lifetime, and I knew how to manage it. This Great Shift was for other people. I had done my shifting, and I would sit back and watch it all unfold, hopefully for the better. I wanted people to get it, to wake up, to feel deep compassion, exercise human dignity, care about others, meet them as equals not as rivals. But as the pandemic raged on day-by-day, it became clear that wasn’t happening to the naked eye.

This Great Shift was brutal, and saying “change is hard” is putting it mildly, as I came to learn 12 months in.

On March 11, 2020, my husband and I went to dinner at our favorite restaurant for our anniversary. On March 12, all hell started breaking loose in my home state of Massachusetts. On March 13, my husband was working from home. And…the rest of course…is history.

A year later, March 11, 2021, my husband and I ventured out in masks to celebrate our anniversary, only this time we took a picnic to Walden Pond, where we could be outside. It was unusually warm; the snow was still on the ground but had melted just enough to walk the two-mile loop. It was a beautiful day.

I hadn’t felt well but chalked it up to my annual winter sinus infection which typically starts in January and lingers for weeks. On top of that, I had succumbed to salmonella a few months earlier from a batch of recalled peaches that I didn’t know were recalled. (Ironically, they tasted amazing.) My husband also got it but recovered. My body didn’t, but I ignored its messages. Trying to survive life during a pandemic was more than enough.

On the way home from Walden, that’s when it hit. A hollow ache started in my lower belly and rolled up toward my chest, landing in my heart-center. My left arm buzzed and went numb. I broke into a sweat and began trembling out of control. And I was driving. I reached for my cell phone and handed it to my husband, “Call 911 please,” I said with a very quiet, calm voice. “I’m having a heart attack.”

“What??” He looked at me with confusion. I said it again, only louder, and he still looked confused. I pulled over the first place I could and called 911 myself. Turns out, thankfully, it wasn’t a heart attack, even though I had every symptom of a cardiac event. But the moments and hours before learning that were complete torture.

This was the start of my own Great Shift.

Over the next few weeks, I had three ambulance rides, four hospital stays (even on my birthday,) and a slew of doctors who could not figure out what the heck was going on. Tachycardia, chest pain, fainting, unfathomable fatigue, tingling, trembling, clamminess, sweatiness, nausea, headaches, dizziness, dry mouth, pulsing in my ear—this all went on around the clock. I could barely get out of bed. Every test, scan, lab, and exam were normal. My heart passed with flying colors. My brain and arteries, same. My numbers, levels, counts, all fine. But I wasn’t.

Finally, my doctor figured it out. Hyperandrenergic POTS syndrome, or in layman’s terms—my nervous system, the one that regulates pretty much everything in the body—deregulated. My fight-or-flight system was stuck in gear, and it was out of my control. My lifelong trauma—the stuff that in the past I was always able to neutralize—finally caught up with me. I was now experiencing full-blown PTSD, psychological-turned-physical nervous system chaos. COVID, politics, and salmonella tipped the scales.

I couldn’t escape The Great Shift on a personal level. It hit me smack in the gut: the loss of control, of feeling safe, the lack of understanding, overwhelming terror and a release of human emotion requiring trust just to take the next breath. I felt deep fear, first in the hospital. Nurses hold your hand but they aren’t really part of your life for more than a fleeting minute. Doctors’ moods change from understanding and caring to dismissal and detachment at discharge. Discharge seemed way too fast, removing the comfort of hospital safety, and not wanting to leave without answers. Then, lying in bed at home, scared about my body, its foreignness, my thoughts, fears, life itself, and not knowing how to move forward.

Was there a forward? Could I even know what that looked like? The answer was no. Trying to turn terror into trust was my only medicine.

And it still is, months later. My body couldn’t regulate any of the medications they tried, so holistic modalities—deep breathing, stretching, a little bit of walking, and a lot of mind and thought-shifting—were it. This POTS syndrome situation—which brought life as I knew it to a radical stop—is changing me on many levels. And yes, change IS hard. It’s really hard.

I’ve learned to surrender to the present moment even when it eludes me, to be more patient, calmer, more trusting of people, and things, and life in general, but most importantly, my body and myself. I have to. Any jostle to my nervous system, whether physical, mental, or emotional, sends me into tachycardia and sometimes an entire collapse. The rest of the physical symptoms are still hanging around, but I know they will ease in their own time, and most days, I’m ok with that.

I used to cringe when people said their most horrible situation was their best education, or their most awful people were their best teachers. Oops, it’s true. Whether we’re ready or not.

When COVID isolation started, I looked at it as a break from the hectic, exhausting, uncomfortable pace of my life. I was in a job I hated with a commute I dreaded, and lived with tsunami-style stress as an everyday m.o. I replayed discomfort like a bad song, so shutting down the world seemed like a good idea. Then my nervous system shattered like glass, and as I put it back together shard by shard, I remember this ~ there is freedom in uncertainty. It brings views of life that would have otherwise been lost and unseen. Trust it, even in its darkest moments. It may just be a great shift. 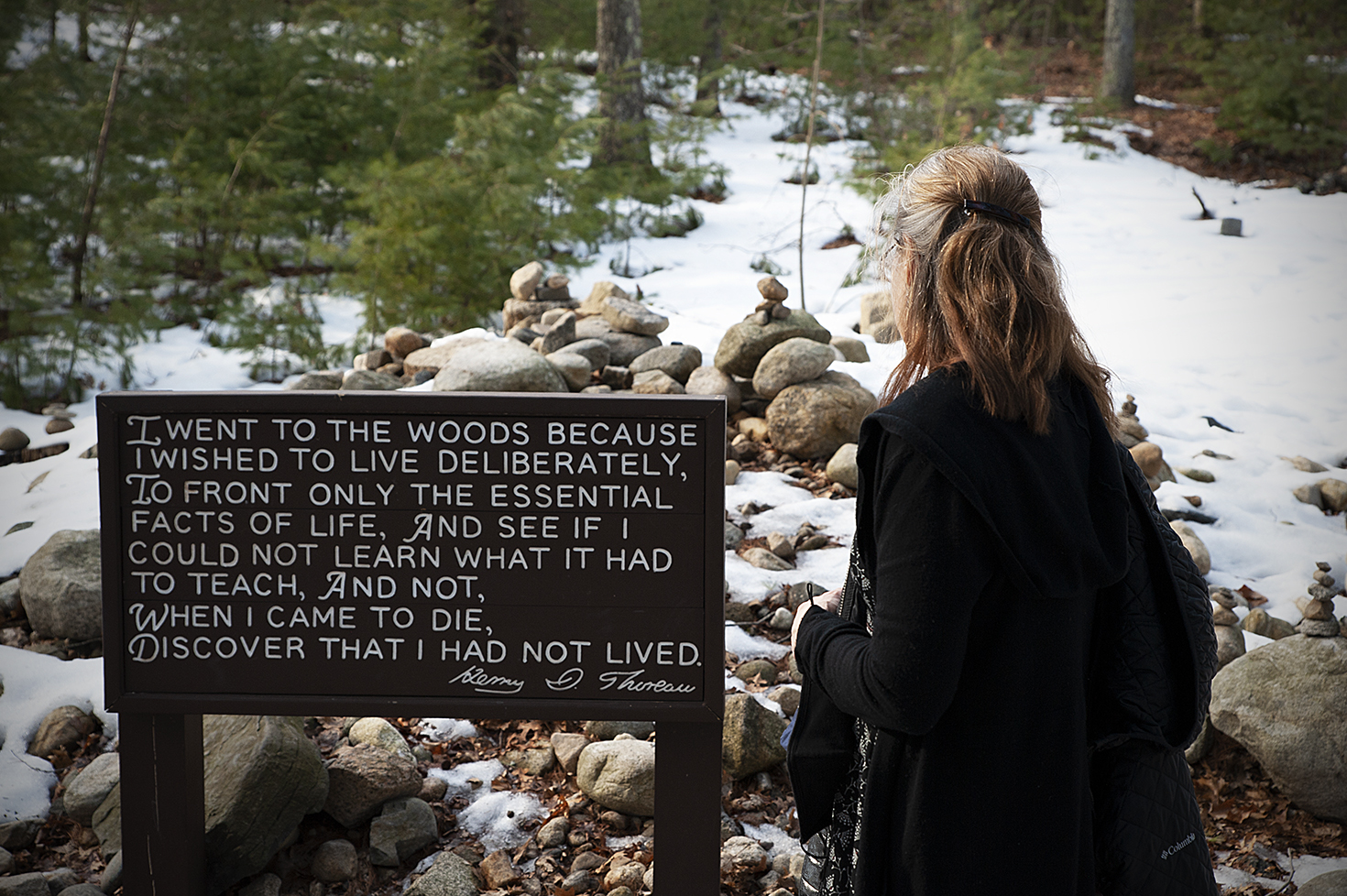